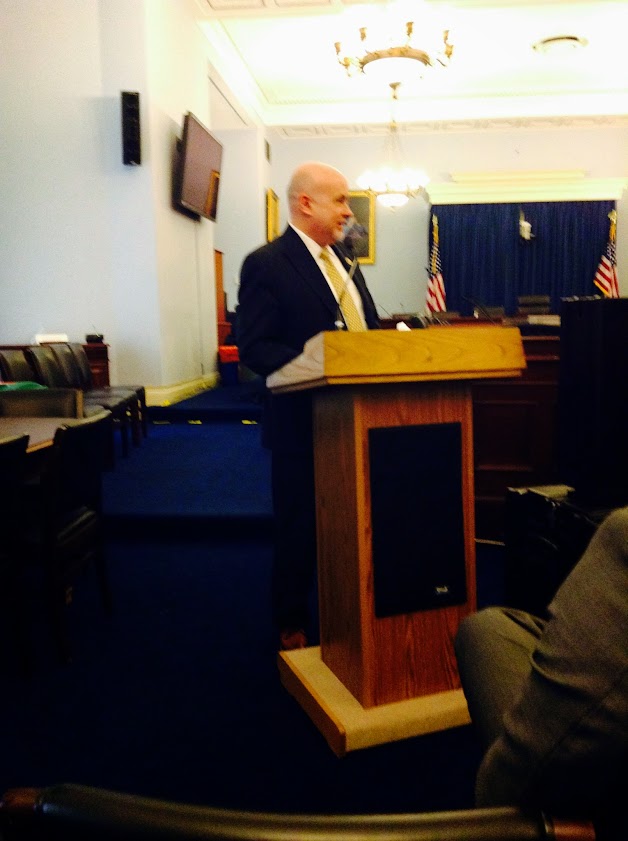 As reported in ThinkProgress and elsewhere, experts from across the political spectrum convened in the Cannon House Office Building on Tuesday afternoon to strongly advocate the Surveillance State Repeal Act (SSRA) before an audience of press, public, and congressional staff.  The act, numbered HR1466, was released by Representatives Pocan (D-WI) and Massie (R-KY) last week; they are seeking additional co-sponsors in the House and a partner bill in the Senate.  In his own brief comments, Rep. Pocan pointed out “this isn’t just tinkering around the edges, this is a meaningful overhaul of the system.”

Patrick Eddington (CATO Institute) remarked that there are still no documented cases of mass surveillance stopping any attacks: “mass surveillance did not stop the shoe bomber, the underwear bomber, the Boston Marathon bombers… all mass surveillance does at the end of the day is violate the rights and cause a chilling effect on [citizens]”, citing a Pew poll showing that fully one third of respondents have changed how they behave as a result of surveillance.  He concluded “before we get to the Memorial Day break on May 22d, your bosses are going to be asked to vote on legislation to extend the PATRIOT Act.  […] Your bosses… should not be contemplating a straight up vote on that in light of everything that we know now.”

Zack Malkin (CREDO Action) welcomed the sweeping nature of the SSRA: “The SSRA lays down a marker for what real reform will look like. It gives us an opportunity to get members of Congress on the record, as supporting real reform, or, alternately, siding with the intelligence community against the rights of the American public. This is the litmus test that we need.” He saw it as almost a test of Congress’s character: “the crisis that we’re facing isn’t even about the laws that are on the books. One thing that we’ve learned from Edward Snowden’s brave decision to reveal the full scope of government spying is that even the few laws that are intended to restrain intelligence community are often and routinely violated. …That has to change. Congress must reassert its role in checking executive power, overseeing America’s secret intelligence agencies, and protecting Americans from unconstitutional mass surveillance.” 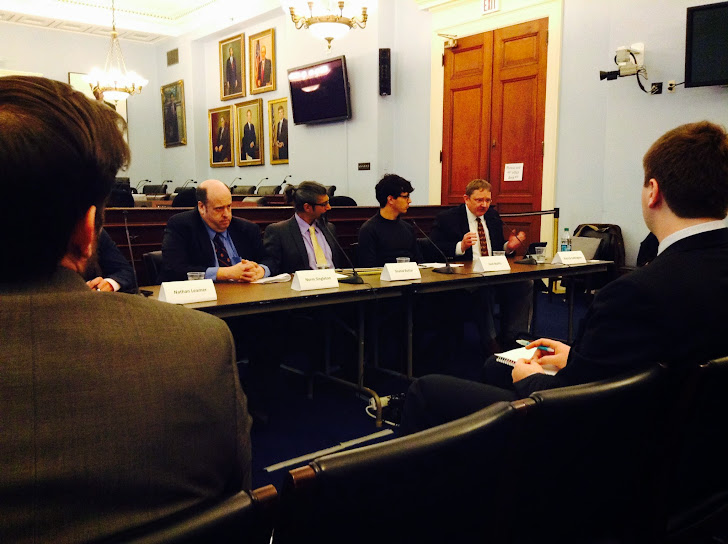 Shahid Buttar (BORDC) stressed that this was an opportunity for Congress to reclaim some of its due powers.   Addressing an audience largely composed of Hill staffers, he pointed out “If Congress is going to get lied to by executive officials and then summarily reauthorize powers… it is allowing its own power to check and balance the executive, to legislate with the full facts, simply to be told the truth under oath to be eroded.”

Buttar argued that the carefully limited authorities of the SSRA would actually restore both the intent of the Fourth Amendment and even the intent of PATRIOT Act authors like Rep. Norm Sensenbrenner — who had to learn of dragnet surveillance not from agency officials, but from Edward Snowden.  He also took aim at the frequent invoked 1979 Smith v. Maryland case as a sound legal basis for surveillance:

“That case was about particularly targeted surveillance of a particular person of whom authorities …in Maryland had suspicion of involvement in drug transactions. It was over a limited time. So we had a particular individual, with suspicion of criminal activity, bounded by time.  What we are talking about is unbounded, the entire state and indeed the entire world.  There is no suspicion of anyone required to come under the government tracking, and we’re talking about indefinite, constant surveillance.”

Norman Singleton (Campaign for Liberty), a former Ron Paul staffer, recalled that members of Congress actually did not have time to read the bill before voting on it — and that on review, it contained many provisions the Justice Department had been unable to slip by a Republican Congress in the 1990s. Yet the result was a system that didn’t help: “There’s so much data coming in that they have to sift through, that it’s very easy for a real threat to fall through the cracks.” He continued, “The Fourth Amendment is there for a reason. It’s not too much of a burden to ask that governments have a reason of probable cause to launch surveillance of a citizen.”  Mr. Singleton also mentioned the provision removing Executive Order 12333 as a basis for bulk collection: “This is an executive order that was signed in 1981 by President Reagan.  1981. Who here had a cell phone in 1981? Who here even had a home computer in 1981, much less a computer with Internet access?”

Nathan Leamer (R Street Institute), a former staffer for Justin Amash (R-MI), recalled the “long hard slog to get one small amendment” passed defunding the NSA activities revealed by Edward Snowden — an amendment that failed, narrowly (205-217), due in part to extremely disappointing votes by Representatives Van Hollen and Delaney from Montgomery County.  Urging his audience to encourage their bosses to co-sponsor the bill, Leamer said, [the SSRA] “sets the standard to address the Fourth Amendment concerns” expressed in phone calls, emails, and town halls from around the country.

Leamer warned that it won’t be easy, judging by the fate of the USA Freedom Act in 2013, which, despite illustrious sponsors and 153 co-sponsors, was “ripped to shreds in backdoor deals with the Intelligence committee” — to the point that half the original co-sponsors voted against the watered down result.  But he reminded the audience that this is still a major issue, perhaps especially in the tech industry.  “Surveillance reform is a big deal to them.  It’s not just that they like privacy… it actually has major economic ramifications.”  Referring to a 2014 R Street study (“Has the NSA poisoned the Cloud?“), Leamer noted that NSA surveillance programs could wind up costing the tech industry between $35 to $180 billion dollars over the next couple of years, as export markets turn to non-suspect, non-US suppliers for technology.

A recurring theme of the briefing was the degree to which Congress has become a deferential onlooker, rather than the main participant, in decisions about fundamental issues of speech, privacy, surveillance and national security.  During the Q&A session, Norman Singleton recalled a hearing, after the 2005 New York Times revelations, where the chairman of the committee “actually apologized to the NSA bureaucrat who was testifying  for ‘having to take up his valuable time.'”  He continued, “That’s an attitude that really needs to change, and this legislation is a good step towards it.” 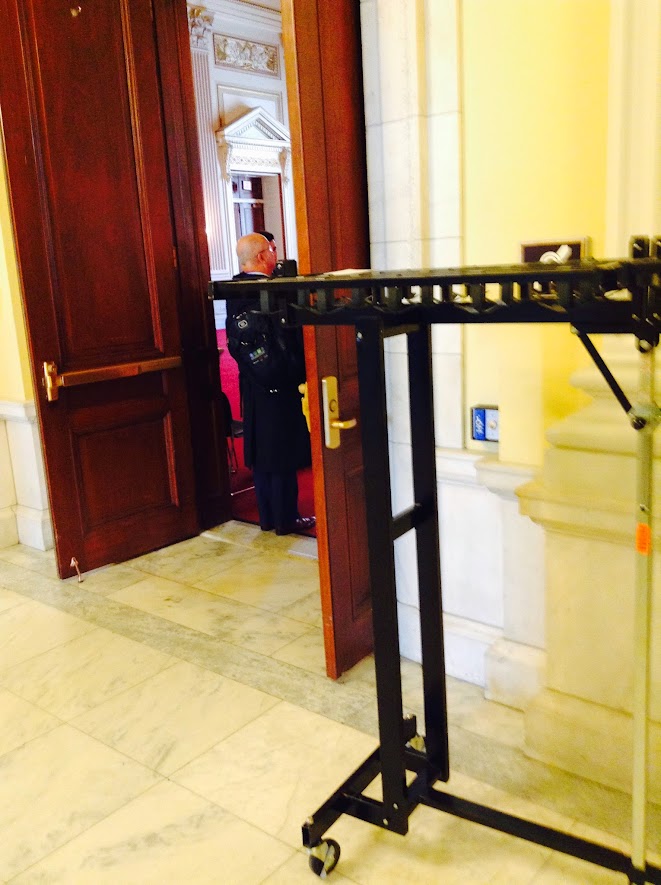 This entry was posted in Post, Video and tagged nsa, patriot act, surveillance. Bookmark the permalink.