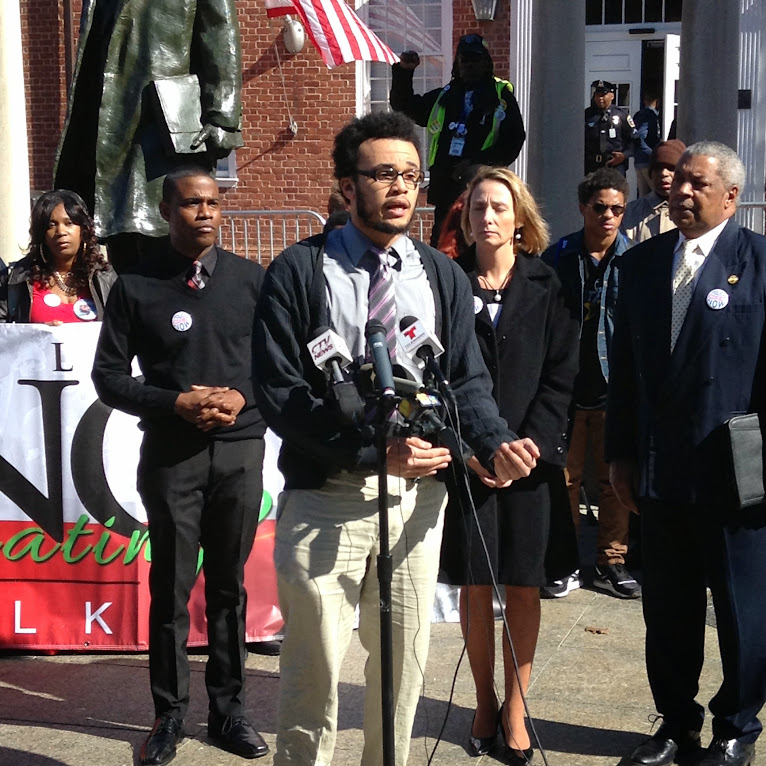 The rally was followed by marathon House Judiciary Committee hearings on the subject, beginning at 1pm on Thursday, March 12th — and lasting until around 10pm that evening. Over 500 witnesses signed up to testify, including MCCRC’s Thomas Nephew, who submitted testimony regarding HB627, body camera legislation sponsored by Delegate Rosenberg. 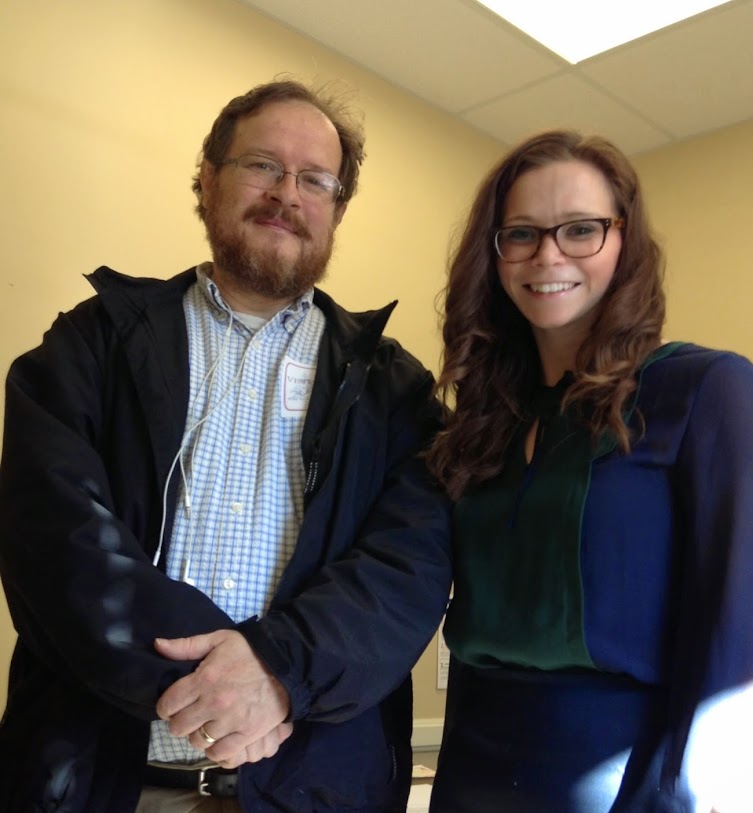 Before the rally, MCCRC activists Fran Pollner and Thomas Nephew had already taken the opportunity to visit the offices of Delegate Moon and Delegate Smith to convey our support for police reform bills like HB968/SB566, the Law Enforcement Officer Bill of Rights reform legislation that would authorize civilian participation in disciplinary hearing process, end the 10 day harbor for police to avoid interrogation following complaints of police-involved violence, and end the 90 day time limit for filing such complaints. 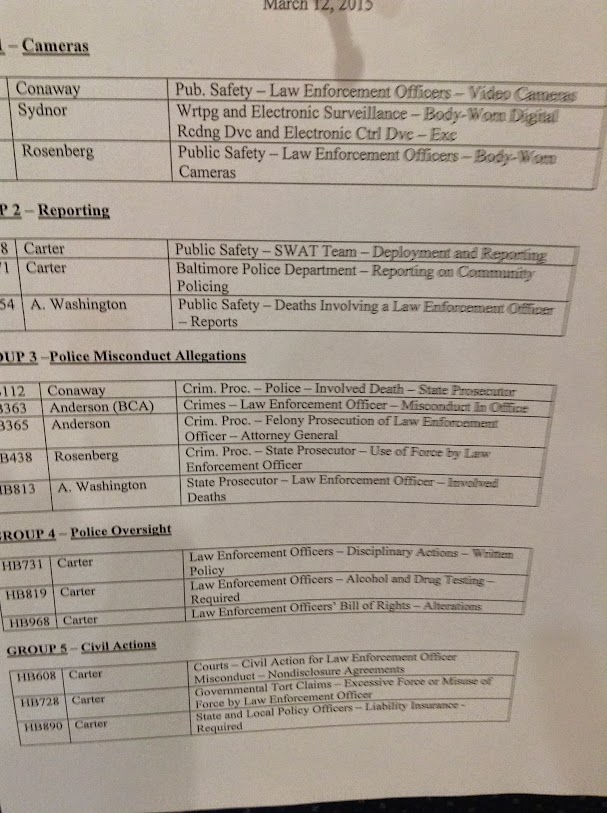 A busy day ahead.

The hearings can be viewed online; we will report on parts of them in more detail in the days ahead.  They were organized into five parts*: 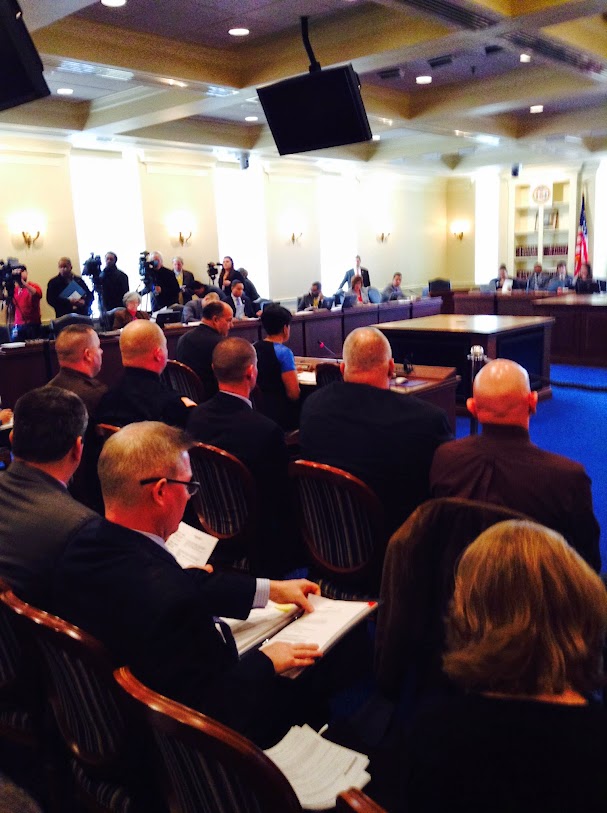 Most witnesses were held to 2 minute statements as they appeared in panels of three to five people organized for or against the bills.  Delegates would occasionally engage them in discussion following the final panelist statement.

Many onlookers could find standing room only in the Judiciary Committee hearing room which, while spacious, gives over most of that space to delegates seated along two long walls and one facing wall.  This eventually turned the hearings into an endurance test for those who hadn’t snared one of the relatively few chairs — but those who remained in the room throughout were occasionally rewarded with electrifying testimony, particularly by many of the activists, victims and/or family members who spoke:

We will post more detailed articles about testimony in several of these groups, as well as video from the rally and from a “freedom school” seminar organized by Rev. Heber Brown.  Meanwhile, more photos from the rally and the hearings are available in an “Annapolis rally and House Judiciary Committee hearings, 3/12/15″ album.

=====
* HB363 was heard “out of order” first to accommodate testimony by Baltimore mayor Stephanie Rawlings-Blake.
** Fran Pollner reported these quotes, as well as excellent, detailed background notes on the hearings in general.  She will be contributing some of the forthcoming articles about the hearings.