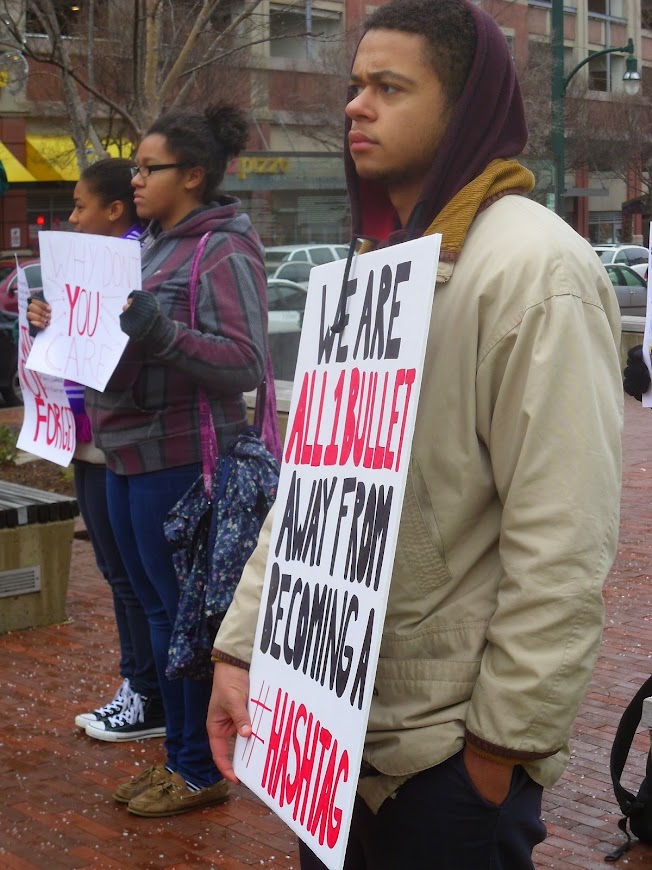 We Are All 1 Bullet Away From Becoming a #Hashtag

As this Thursday’s critical House Judiciary Committee hearings on police reform bills approach, the ACLU of Maryland has released a briefing paper on deaths in police encounters in Maryland between 2010 and 2014.

Compiled from news sources and a public information request to the Governor’s Office of Crime Control and Prevention, some of the key findings are:

This nine page report deserves to be read in full.  The briefing paper proves it’s a fallacy to believe Maryland doesn’t have a police-involved deaths problem — including substantial racial disparities in that problem —  or that that either issue is confined to majority black counties.

The sheer effort necessary to compile this briefing paper also shows that even just keeping track of police-involved deaths has been shamefully neglected in our state.  No wonder many politicians don’t think there’s a problem — no one’s been interested in finding out.  Until now.

We are profoundly grateful to the ACLU of Maryland for compiling this timely, sobering report, and hope to help make facts like these persuade legislators to achieve real change in police accountability and procedures.  Join us on Thursday to make your support for police reform known.

This entry was posted in Post and tagged maryland, police reform. Bookmark the permalink.