Speakers at this Friday’s town hall

We’re honored to have a wonderful group of speakers for this Friday’s event, “Police Abuses in Maryland: hear the stories, act for reform.” First, details about the event:

Marion Gray-Hopkins is a mother of 3 adult children, grandmother of 6 and great grandmother of 2. She is currently retired after nearly 40 years in the banking industry. Her son Gary A Hopkins, Jr. was killed by police in 1999. She has participated in numerous marches and rallies to support reform against police brutality. Most recently she was engaged with the CODE PINK Organization to hear the stories first hand from mothers across the country who have lost their sons at the hands of  the police violence. She is a member of the PG County Peoples Coalition for Justice, and is actively involved in working towards reform of laws to stop the unjust killings of people of color. 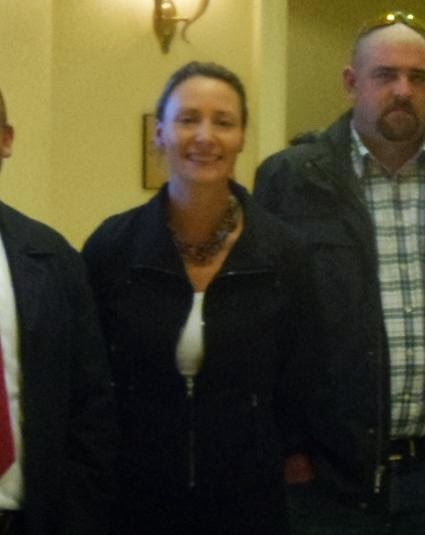 Native Chicagoan Sara Love became the American Civil Liberties Union (ACLU) of Maryland’s Public Policy Director in 2012 after serving as Board President for four years.  Love attended Princeton University and Northwestern University School of Law.  Previously, Love was the General Counsel and Legal Director at NARAL Pro-Choice America. Prior to that, she was Legal Director for the Feminist Majority Foundation’s Clinic Access Project and General Counsel to the National Women’s Health Foundation. 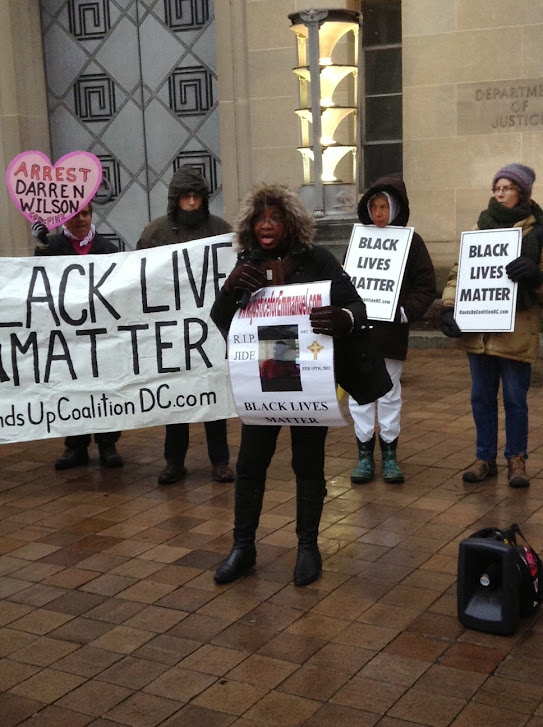 Emmanuel Okutuga, age 26, was shot and killed by MCPD police officer Christopher Jordan in Silver Spring on February 19, 2011.  Ever since, Ms. Olubunmi, known as “Mama Emmanuel,” has been active in calling for police accountability, establishing the “JusticeForEmmanuel” web site and joining numerous demonstrations in the DC area calling for an end to police-involved shootings like Okutuga’s.

Rion Dennis has over a decade of experience as an organizer and activist in Maryland having served as Executive Director of Progressive Maryland and Regional Director of the NAACP. Mr. Dennis now heads up a new non-profit called the Majority Minority Foundation with a mission to prepare communities of color for our nation’s demographic shift to a majority minority populace.

Darlene Cain is a mother from from Baltimore, Maryland. On October 28, 2008, her 29-year-old son Dale Graham was killed by a Baltimore City police officer. Since then she has been dedicated to lifting the voices of those who have had a family member killed by the police fbut were never given true justice and closure. She is is President and founder of MOTHERS ON THE MOVE.

A 22-year-old Grand Rapids, Mich., native, Mr. Watson helped stage a viral photo at Howard University in August after the killing of Michael Brown in Ferguson, Mo. Since the photo, Mr. Watson has continued to speak out about injustices against young African Americans, including a speech at the Justice for All March in Washington, D.C.  He is president of Howard University’s student association and an ambassador for BET’s What’s at Stake initiative.  Mr. Watson is set to graduate in May, and hopes to get a Juris Doctor/Master of Business Administration joint degree and eventually practice law, start a successful practice — and go back into public service.

Mr. Alejo has worked for “Identity”, a Hispanic youth and family services agency, since 2013. He holds a Masters degree in Social Work from San Jose State University and a Bachelors Degree in Sociology from the University of California at Santa Cruz. Tomas is originally from Northern California where he gained experience working with formerly incarcerated, homeless, and gang-impacted populations with a focus on substance abuse. He has worked and interned at various social service agencies providing case management, advocacy, and therapy, and has served on the steering committees of the Santa Cruz Resource Center for Nonviolence, and the Santa Cruz Community Coalition to Overcome Racism. 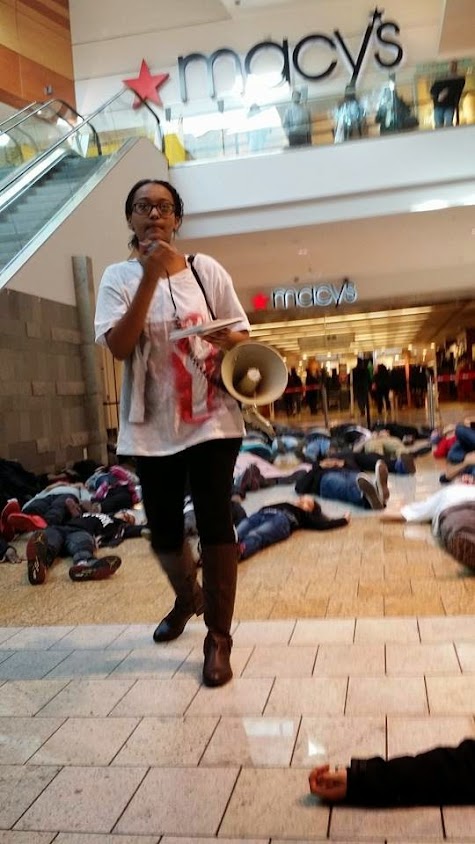 Elsa Lakew grew up in Silver Spring and attended Montgomery Blair High School.  She now majors in economics at Howard University.  Elsa organized a #BlackLivesStillMatter “die-in” at Wheaton Plaza on January 1st, signifying a refusal to “to ring in 2015 by continuing to stay silent.”

Despite her youth, Ms. Lakew already has a long activist track record, helping blow the whistle on an Islamophobic event in Chevy Chase four years ago that led to a successful forum on the “creeping Sharia” myth.

Dr. Menna Demessie is a senior research and policy analyst for the Congressional Black Caucus Foundation, Inc. (CBCF) where she works on public policy issues relevant to African Americans. In her latest publication, Toward A More Inclusive America: African Americans & Voting Rights, she discusses the significance of restrictive voting law changes in the context of the Voting Rights Act and new age discrimination.

Prior to joining CBCF’s staff, Dr. Demessie worked for Representative Barbara Lee as an American Political Science Association Congressional Fellow focusing on unemployment legislation, poverty, and foreign policy.  She holds a joint doctorate in Public Policy and Political Science, a Master of Arts in Political Science and Certificate in African American, African and Black Transnational Studies from the University of Michigan and a Bachelor of Arts in Economics and Law and Society from Oberlin College. 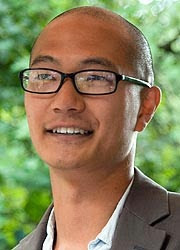 Native Takoma Park resident David Moon has been a member of the Maryland House of Delegates since January 14, 2015, where he serves on the Judiciary Committee.  Perhaps best known, before becoming delegate, for the pathbreaking “Maryland Juice” politics blog, Among the varied positions he’s held, Mr. Moon has worked as campaign director for Senator Jamie Raskin and County Councilmember Nancy Navarro, chief operating officer for the voting system advocacy group FairVote, and program director for the Internet advocacy group DemandProgress.

=====
Bio references
Information from these sources was adopted in whole or in part:

This entry was posted in Post and tagged coalition, forum, maryland, police reform. Bookmark the permalink.

1 Response to Speakers at this Friday’s town hall