Police body cameras: eyes on us, not on them? 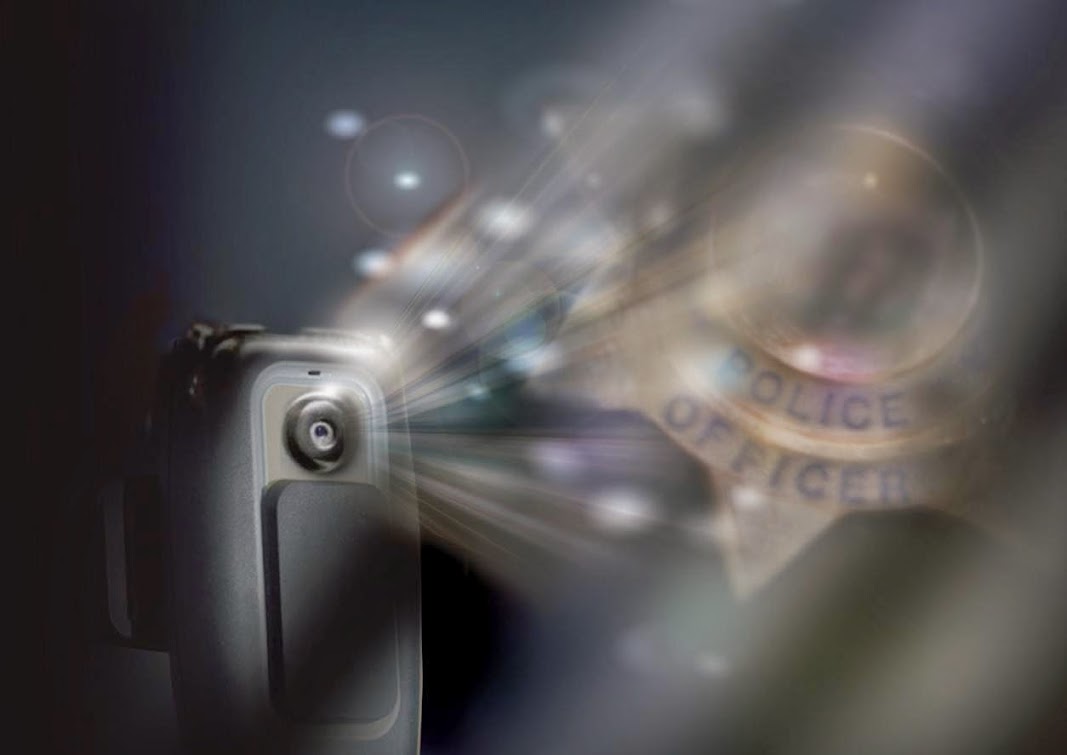 In the wake of the Michael Brown shooting and subsequent non-indictment of officer Darren Wilson, many (including Michael Brown’s family) made the understandable call for police body cameras, since such a device might have provided visual documentation for the claims or counterclaims made in that case.

But are body cameras are really going to be effective, long-term means of making police more accountable to the public?  Or will they just be another device to switch on and off as it suits the cop on the beat — while providing another surveillance stream of unwarranted, suspicionless observations to sift and analyze long after the recording?

First, there’s no guarantee that the public will ever see footage from police body cameras, especially in cases where it may be helpful to defendants or civil litigants. […]

Second, even when body camera footage is public, it remains an inadequate solution at best. Cameras captured video of Eric Garner’s death, which millions of people watched on YouTube. But video neither saved Eric Garner nor helped hold his murderers accountable.

Moreover, even when everything does work as their proponents suggest, body cameras offer transparency only into particular incidents, not into patterns or practices.

Similarly, while one might expect that a grassroots organization named “Stop LAPD Spying” would oppose body cameras, their excellent four-page fact sheet supports that skepticism with references to news reports and studies from around the country.  Among their additional points: *

Rialto, CA
One of the favorite studies cited by bodycam supporters shows that in a randomized trial of Rialto, CA Police Department shifts over a 13 month period, shifts with body cameras recorded fewer uses of force per police-public contact; use of force fell by 60%, while complaints filed fell by nearly 90%.

More to the point, a one-off 13 month trial simply can’t prove what the authors set out to claim —“When we become aware that a video-camera is recording our actions, we also become self-conscious that unacceptable behaviors are likely to be captured on film, and the perceived certainly of punishment is at its highest.”  That seems to make sense on first blush — but depends in turn on whether those behaviors are actually, consistently judged to be unacceptable.  As experience ‘getting around’ or simply explaining away video footage accumulates (as seemed to happen in the Eric Garner case, for example), officers will simply learn how to game their cameras by turning them off, pointing them in an inconclusive direction –or narrating comments for the eventual record like “OK, I’m afraid for my life now.”

Fusion.net report
Meanwhile, other reports document the questionable implementation and utility of body cameras.  One in particular — “Investigation of 5 cities finds body cameras usually help police,” by Connie Fossie-Garcia and Dan Lieberman of Fusion.net — notes that

…officers control the record button. They decide when to turn on and off the cameras and have little to fear when violating department policies about recording, Fusion’s analysis found. In many use of force incidents, camera footage doesn’t exist, is only partially available, or can’t be found. And when body cameras are turned on, the footage usually favors the officer’s account, according to police, law enforcement experts and public defenders we spoke with.

For example, Salt Lake City PD officers recorded only 1 of 9 uses of force in 2014 — despite a policy that the cameras should always be on.  In perhaps the clearest illustration that police culture will prevail over technology allegedly ‘reining it in,’ Fusion.net reported, “In Albuquerque, the number of police-involved shootings has not fallen since the cameras were first introduced in 2010. In fact, there has been an increase in the police involved shootings compared to the six years before the cameras were introduced.” (emphasis added).

COPS/PERF
While the Department of Justice COPS (Community Oriented Police Services) agency and the Police Executive Research Forum (PERF) have collaborated on lengthy, generally supportive white paper reports about body cameras, even these studies raise the question of privacy issues — how or whether to record police-citizen interactions inside the home, how long to retain video footage.  They show, if nothing else, that absent federal guidelines, there will be wide variation in police department rules about how body cameras will be used — and thus wide variation in the degree to which body camera use becomes more about surveillance and retrospective “CYA” by police forces, and less about true accountability.

In particular, there’s substantial disagreement among police forces about whether body cameras should always be on — the fundamental requirement for accountability, in the view of the national ACLU’s Jay Walker (along with prompt deletion of video footage no longer relevant to uses of police force or arrests).  There’s also at least anecdotal evidence that video footage obtained without a warrant on the beat will become part of the record possibly justifying further police action at a later date.  From a Guardian report about the aforementioned Rialto, CA program:

The encounter, tense but polite, ended inconclusively, a routine police foray into family dysfunction – except for the fact it was all recorded. As he returned to his patrol car and next assignment, Ramirez tapped an app on his phone and uploaded the video. “Somewhere down the line something could happen and what that guy said, his demeanour, could be evidence.”

As recently as December of last year, ACLU efforts to get police department guidelines from around the country about body camera use have met with next to no success.

Maryland
In the 2014 Maryland legislative session, three Maryland bills addressed law enforcement use of body cameras.  Echoing the national office, ACLU Maryland saw cameras as a potential “win-win” check against abuse of police power, reporting that “the chairs of both the Senate Judicial Proceedings Committee and the House Judiciary Committee sent a letter to the Governor’s Office of Crime Control and Prevention asking them to bring together the relevant parties to discuss the issue and make recommendations.”
Remarks by ACLU-MD policy director Sara Love to an Annapolis rally last month seemed much more skeptical about body camera use.  The GOCCP report was ambivalent as well about body worn cameras (BWC), concluding that “In the final analysis, the Workgroup was not able to conclusively resolve some of the key issues relating to the use of BWC because, as a recent report published by the Department of Justice’s Office of Justice Programs indicated, there is limited empirical data on BWC. “

For his part, Councilman Hucker reportedly noted that he’s been consulting former legislative colleagues about a county body camera bill.  Safe Silver Spring’s Woody Brosnan reported that Hucker said, “The idea is to maintain confidence and strong relationships between the community and the force. I think the time to do that is when there is not an incident.,” — and that he added “communities where body cameras have been implemented have seen a reduction in deadly force incidents and lawsuits against the police.”

Yet as we’ve seen, there are counterexamples, and even the Rialto experience is not as conclusive as proponents suggest.

OK, what would be better?

“A lot of people are pinning their hopes on the cameras, but the reality is we have to change the culture of policing,” said Miami-Dade Public Defender Carlos Martinez. “That’s changing peoples’ hearts and that’s very difficult to do.”

In general, we agree with activists like Mariame Kaba that technology-driven ‘solutions’ to police abuses like body cameras or tasers are much more likely to make money for tech firms than they are to increase accountability or community trust.  Instead, here’s a partial list of things that need to happen to reduce the level of police abuse, and particularly the racial imbalance in that abuse:

With sufficient, airtight safeguards — always on, footage always discarded once not needed, and never used for surveillance per se — body cameras might be a useful tool someday, especially in the context of a fully empowered civilian review board.

But experience suggests that day is still far off.  Until then, body cameras are much more likely to just create yet another warrantless surveillance tool — while doing the disservice of only appearing to solve problems that run far deeper than an individual incident caught on tape.

=====
* Links lead to the following references cited by Stop LAPD Spying, and may apply to more than one point:

6 Responses to Police body cameras: eyes on us, not on them?