…to show our elected officials that we will not rest until police brutality, the unlawful targeting and killing of black people, and the dangerous biases in our flawed judicial system have been sufficiently addressed.

Many passersby joined in, holding signs and joining the “No Justice – No Peace!”, “Black Lives Matter”, and other chants led by the indefatigable Ms. Lakew. 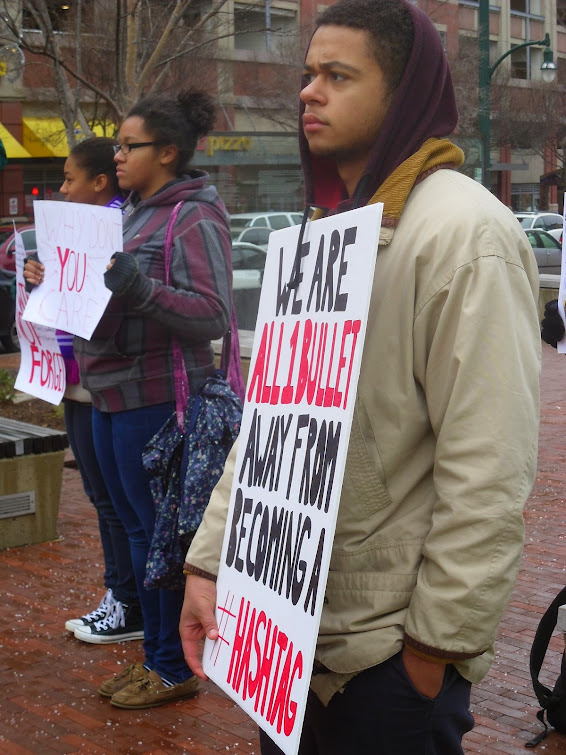 We are all 1 bullet away from becoming a #hashtag

Pulling together reports from the Washington Post (“The Blue Wall of Silence“, 2001, via ppsc.org) and Fatal Encounters (2013-2015 data from Maryland news and public information) MCCRC is compiling a growing list of Maryland police homicides of unarmed or otherwise questionably killed Marylanders.  Activists read some of those 32 names on Saturday:

Among them is the 2011 Montgomery County case of Emmanuel Okutuga, which you can learn more about at projectforemmanuel.com.

MCCRC advocates police and justice reforms at the state, national and local level, and dozens of passersby signed our petition adding their voices to a call for an end to racial profiling, real police accountability, and caution about police body cameras. The petition will be available online soon. 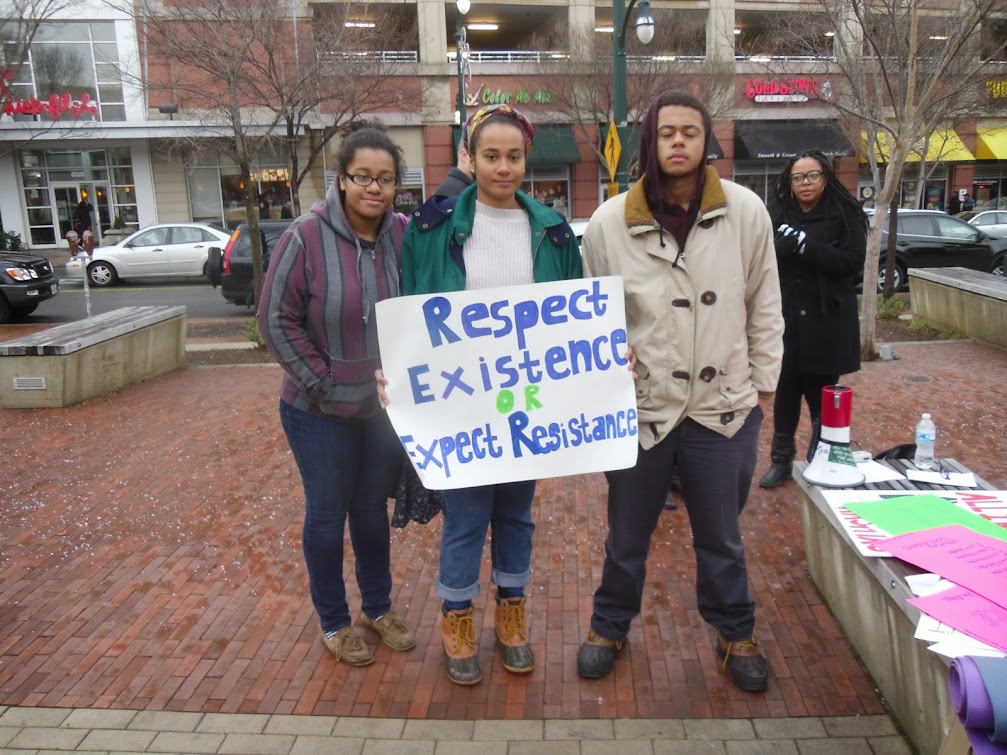 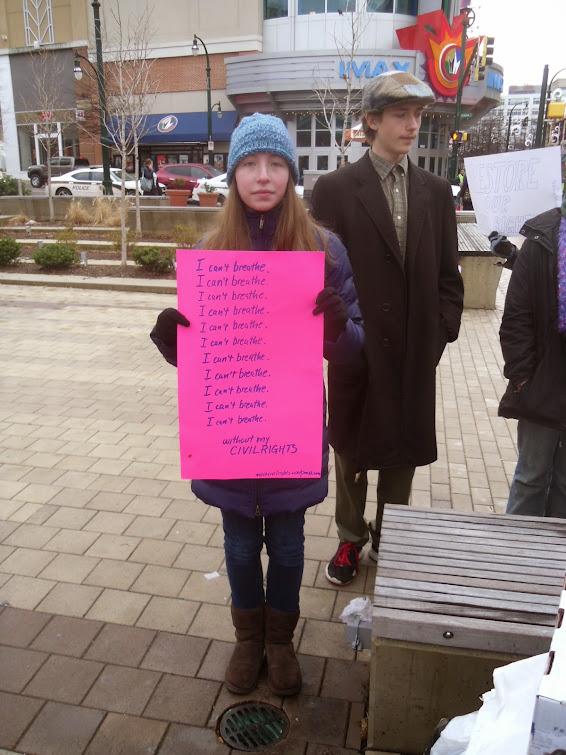 I can’t breathe … without my civil rights