January 11th was the 13th anniversary of the arrival of the first detainees at Guantanamo. A broad coalition of groups from Amnesty International to Witness against Torture and World Can’t Wait held a rally at the White House, followed by a march to the Department of Justice.   From the Center for Constitutional Rights “Close Guantanamo – No More Excuses” web site:

The story of Guantánamo remains that of nearly 800 men and boys thrown into an island prison designed to exist beyond the rule of law. Most were simply in the wrong place at the wrong time, refugees fleeing the chaos of war in Afghanistan. The U.S. military captured only one in twenty; many were sold for significant sums of money to the U.S. by local authorities in Afghanistan and Pakistan. Of the 149 men who remain at Guantánamo as of January 2014, approximately half were cleared for release years ago. The vast majority will never be charged with any crime. 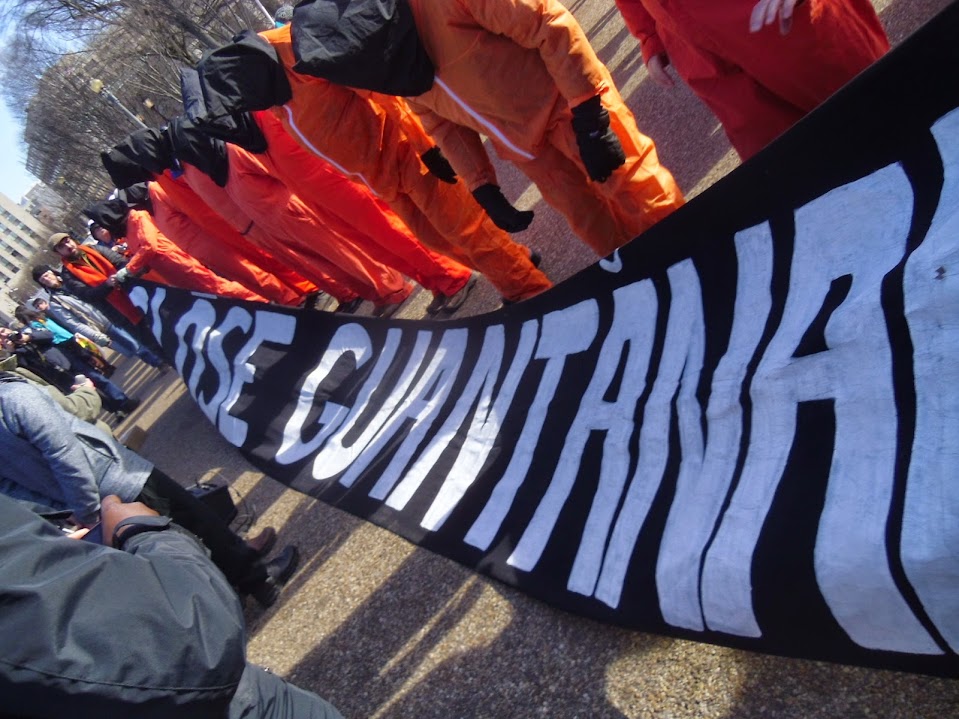 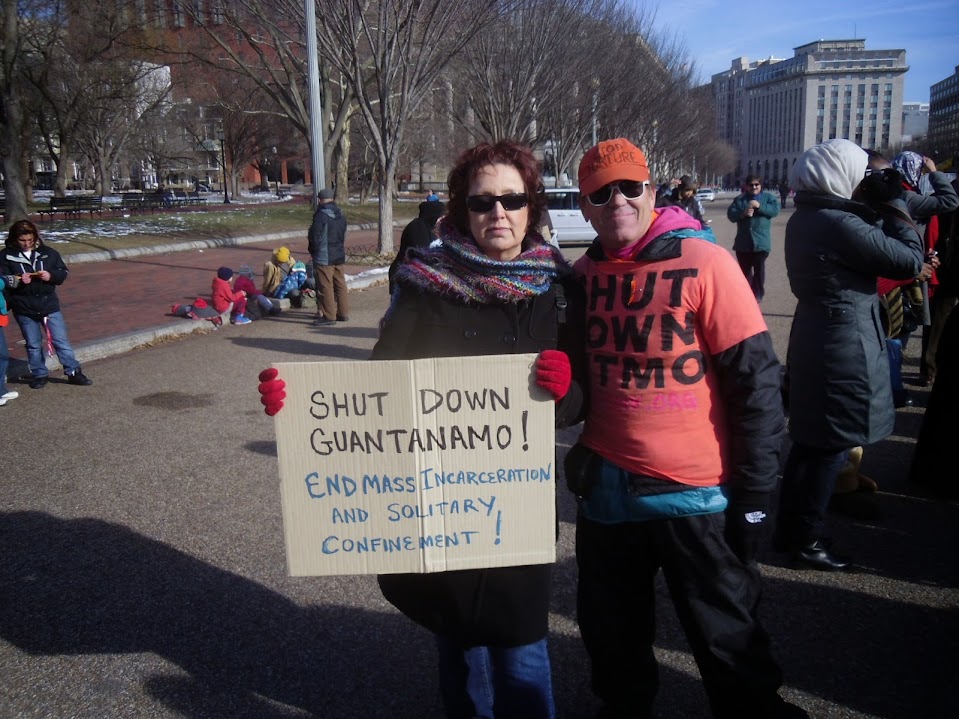 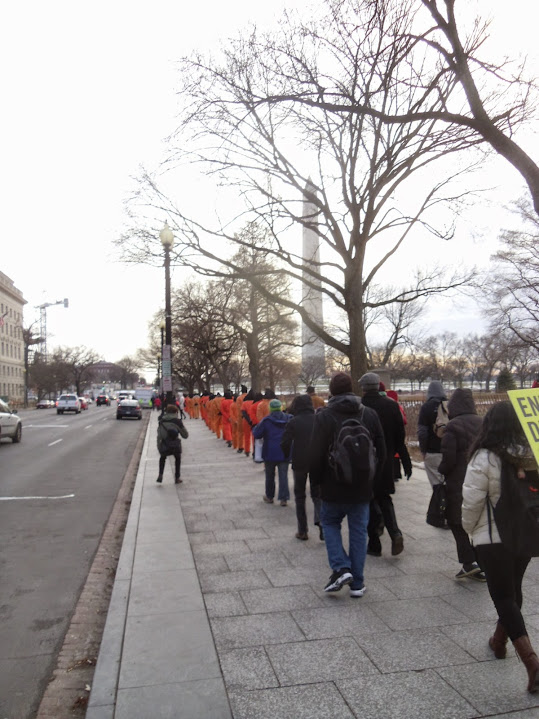