The “Maryland Liberty Preservation Act of 2013” (HB558) has failed to pass a vote of the Maryland Health and Government Operations Committee.

In a belated notice (dated March 12), the Maryland legislative web site provides a Friday, March 8 document displaying an almost purely party-line 16-7 vote against HB558. Regrettably, every Democrat on the House Health and Government Operations Committee voted against a bill, endorsed by the ACLU of Maryland, that required noncooperation with the unconstitutional and immoral indefinite detention provisions of the NDAA. 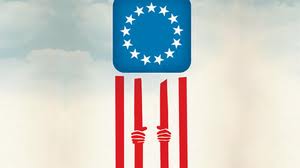 “No” votes were cast by each of the Montgomery County delegates on the committee: Bonnie Cullison, Ariana Kelly, and Kirill Reznik.

This entry was posted in Post and tagged indefinite detention, maryland, state law. Bookmark the permalink.