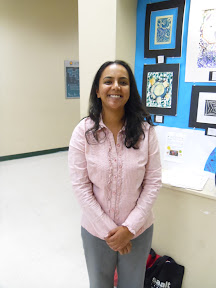 South Asian Americans Leading Together (SAALT) is one of the pre-eminent civil rights groups in the country, working on behalf of the 2.7 million Americans (2008 Census data) with ancestry from Bangladesh, Bhutan, India, Nepal, Pakistan, Sri Lanka, and the Maldives  — and on behalf of the rights all Americans share in.

Among SAALT’s core strategies are conducting public policy analysis and advocacy; building partnerships with South Asian organizations and allies such as our Montgomery County Civil Rights Coalition; and mobilizing communities to take action.  Tonight, SAALT policy director Priya Murthy did all those things as she spoke to the Takoma Park City Council about the importance of the NDAA resolution our coalition advocates.

My name is Priya Murthy, and I am the Policy Director of South Asian Americans Leading Together (SAALT). SAALT is a national non-partisan non-profit organization whose mission is to elevate the voices and perspectives of South Asian individuals and organizations to build a more just and inclusive society in the United States. We are proud to share that our organization is based in Takoma Park, located on Carroll Avenue in Old Town Takoma. I share this statement today, on behalf of SAALT, in support of the local resolution against the indefinite detention provisions within the National Defense Authorization Act for Fiscal Year 2012 (NDAA), which was enacted by President Obama late last year, and urge the resolution’s passage within this City Council.

Provisions within the NDAA would give any president the authority to put terrorism suspects found anywhere in the world into indefinite military detention without charge or trial, and based solely on suspicion and not proof beyond a reasonable doubt. Since the September 11th attacks, Muslim, Arab, Sikh and South Asian Americans have lived in a climate where we have often been viewed as suspects simply based on our race, religion, and national origin by the general public and government entities. This has included being subjected to high rates of racial profiling at the hands of local law enforcement, airport screening agencies, and immigration officials. In fact, over the past several months, the Associated Press published reports that the New York Police Department and the Federal Bureau of Investigation have been using illegal surveillance on Muslim communities without any evidence of suspicious behavior. For the past ten years, Muslim, Arab, Sikh, and South Asian Americans have been under intense scrutiny for suspected connections to terrorist organizations. Given this climate as a backdrop and the heightened suspicion that our communities have been subjected to over the past ten years, SAALT has objected to provisions within the NDAA, as individuals from our communities may be among the first targeted for indefinite detention without adequate due process and Constitutional protections.

The City of Takoma Park has the opportunity to stand up against this unjust application of Congressional authority. This resolution does exactly that through its various provisions, including reaffirming the basic principles of the Constitution, such as the rights of due process and a fair trial; instructing public agencies to decline requests from federal agencies acting under detention powers granted by the NDAA that could infringe upon residents’ freedom of speech, religion, assembly, privacy, or rights to trial and counsel; and expressing the sense of the City Council that Congress should repeal the indefinite detention provisions in question. We urge all of members of this Council who adhere to the values within our Constitution to support this resolution. Thank you for your consideration.