NDAA resolution — not just a right, but a duty 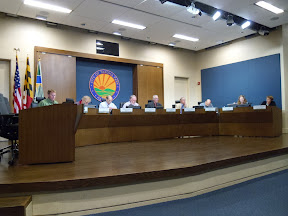 To the Takoma Park City Council:

Last week I brought a proposal for a resolution before you that urges the repeal of the NDAA indefinite detention provisions, and calls for expiration of the authorization of use of military force on the end of combat in Afghanistan.  Tonight I’ve brought materials for you to examine.

As you know, there’s some debate about the value of resolutions about subjects which aren’t the traditional province of city councils.  Yet our civil rights and civil liberties are the most fundamental issue of all – they’re the rules we expect our government to adhere to.  When faith is broken with those rules, when that covenant is broken, one way of life ends, and another begins, and even municipalities soon feel the effect.

To take a recent example: the actions of the New York Police Department in surveilling Muslim-Americans without cause – in clear, egregious contradiction of the 4th Amendment – is just one example of how we’re getting used to more and more brazen attacks on our Bill of Rights.  If only the city of New York had forbidden such actions in advance!  However superfluous that might have seemed at the time, now it would have been a last line of defense of the Bill of Rights.

And that’s what this resolution does.  For while it does simply urge the repeal of parts of the NDAA or assert the expiration of the AUMF, it also instructs city agencies:

It’s already right and proper for this or any city council to insist on giving advice when the federal government fails the Constitution.  But this resolution does more: it promises our citizens – your constitutents — that the city’s own agencies will not be a part of anything to do with the NDAA.

We honor our men and women in uniform for protecting our freedoms. Let this be your contribution. I think it’s not just your right to pass this resolution. It’s your duty.